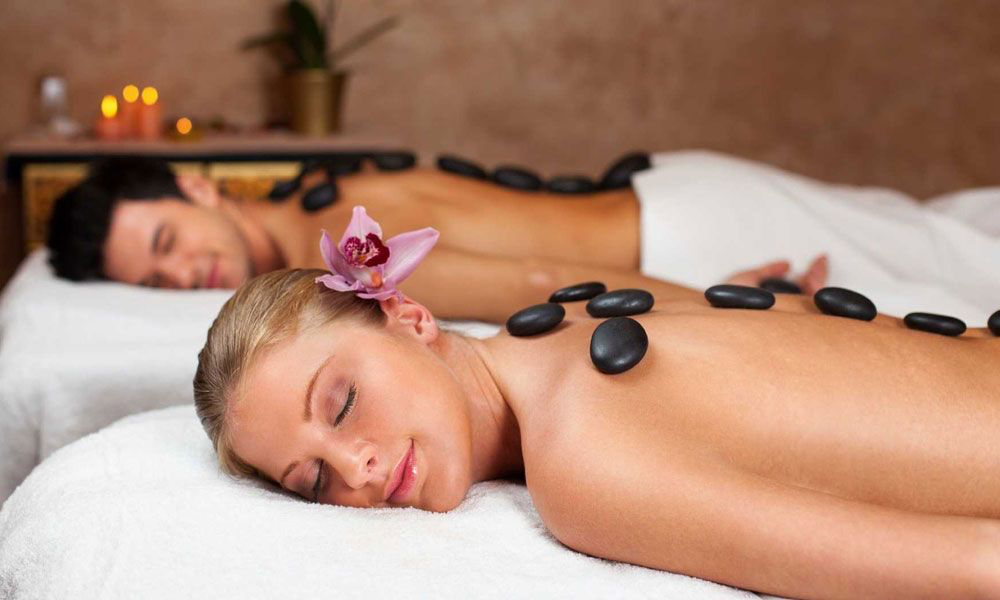 Around 9 pm on an otherwise unremarkable Tuesday night, my partner’s phone went off with a local news alert. He gasped, “11Alive is reporting a shooting spree at a spa nearby.” Before he said anything else, I knew the victims were women and that they were, more likely than not, East or Southeast Asian women (Chinese, Korean, and/or Vietnamese)—the demographic that is often found in beauty and wellness “service” labor in the United States.

In the days to come, there will be a lot of important commentary on gender+race violence and how that violence has roots in U.S. American imperialism in Pacific Asia. Here are a few examples I have already seen and heard that I can recommend. These popular media accounts as well as the scholarly reading list I have provided below clarify that it is impossible to separate the overrepresentation of female migrant workers in salons, spas, and other beauty service industries from larger geopolitical and historical events. It is not a coincidence that these low-wage immigrant laborers are often women whose experiences of racialized gender violence cannot be explained in terms of the black-or-white discourse that is common in the U.S. context.

Because I work at a different, but related intersection—that of majority white wellness industries and Orientalism—I want to highlight how and why the location of and the language used to describe this crime matters. Massage spas, also sometimes called salons or parlors, like the ones where these crimes took place, are part of a broader industrial complex that capitalizes on the racist belief that Asian people, and Asian women in particular, possess magical, spiritual, and sexual healing abilities. These attitudes belong to an entrenched Orientalist infrastructure in the United States that connects yoga, meditation, and massage to tourism, pleasure, and escape, signaled by the exotic tropical flower in the photo above. 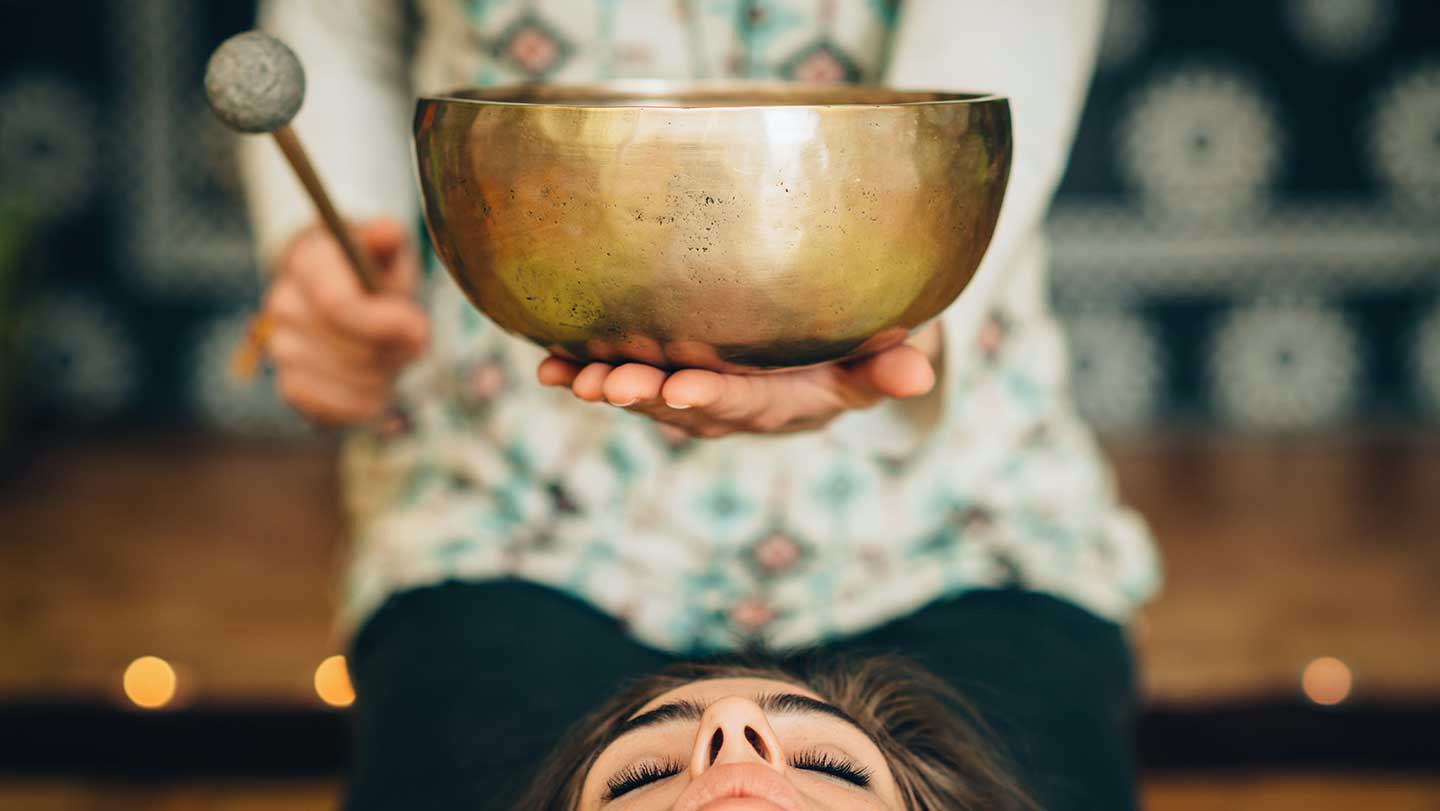 This logic and its fetishizing tendencies also extend to sonic cultures, which is why the healing powers of Tibetan “sound baths” (above) feature prominently in yoga and meditation as well as in massage settings. And as my students reminded me this week, we can also see this process play out in food cultures, where “healthy” or “natural” foods are today sourced from East or South Asia and are overrepresented through so-called “superfoods,” like acai bowls and coconut flour, but also turmeric and “chai tea” lattes.

These sorts of aggregates, which link bodily health and wellness to “self-care,” but also to conspicuous food habits, are easy to map if one pays attention. Have you ever noticed how Whole Foods and Trader Joe’s are in wealthy and majority white areas? The same areas where you’ll find a Starbucks and a yoga studio? Well, there is a flip side to this phenomenon. Let me explain.

I grew up in a suburb of Houston, in Clear Lake, to be precise, and I can tell you that the Asian grocery store my family frequented on Highway 3 was next to a beauty salon. Even in College Station, Texas and where I live today in Athens, GA, the stores where Asian immigrants go to buy their groceries are often next door to a beauty salon and/or an ethnic food restaurant. These geographies matter because this is how and where immigrant populations build community, safety, and wealth. These spaces are almost always at the borders of otherwise wealthy and majority white neighborhoods, where rent is cheap(er) and so prices are low(er), but also, where there is safety in numbers.

In thinking about geographies, I couldn’t help but notice that though I have seen many, many nail/massage spas next door to an Asian grocery store or in an Asian strip mall, I have never once seen a yoga studio. As I process the events of last week, I think I understand why. While massage spas and beauty salons rely on the undervalued and often dehumanized bodily labor of Asian people—which is also why a mani/pedi at one of these places is “cheaper” than a white-owned/operated salon—yoga studios rely on the absence of Asian bodies to succeed. Whereas in salon or care spaces the person providing the service is meant to be invisible, nameless, faceless even as the pictures above suggest, in yoga studios, you are meant to mirror, if not identify with the person leading class. Put another way, white yoga studios, while part of a larger Orientalist wellness industrial complex that includes massage, nail care, and other forms of self-care like acupuncture, must erase and replace Asian bodies with white ones in order to charge the exorbitant rates that they do.

While this case highlights the relationship between white manhood and the wellness industry, white womanhood, which legitimizes and is legitimized by white manhood, is part of this story, too. As I have noted before, white womanhood, steeped as it is in the performance of purity, relies on what Sara Ahmed calls an Orientalist “supply point” to achieve sexual appeal. This “supply point” takes many forms, from actual bodily labor (e.g., domestic labor) to minstrel-like Orientalist performances, like these: 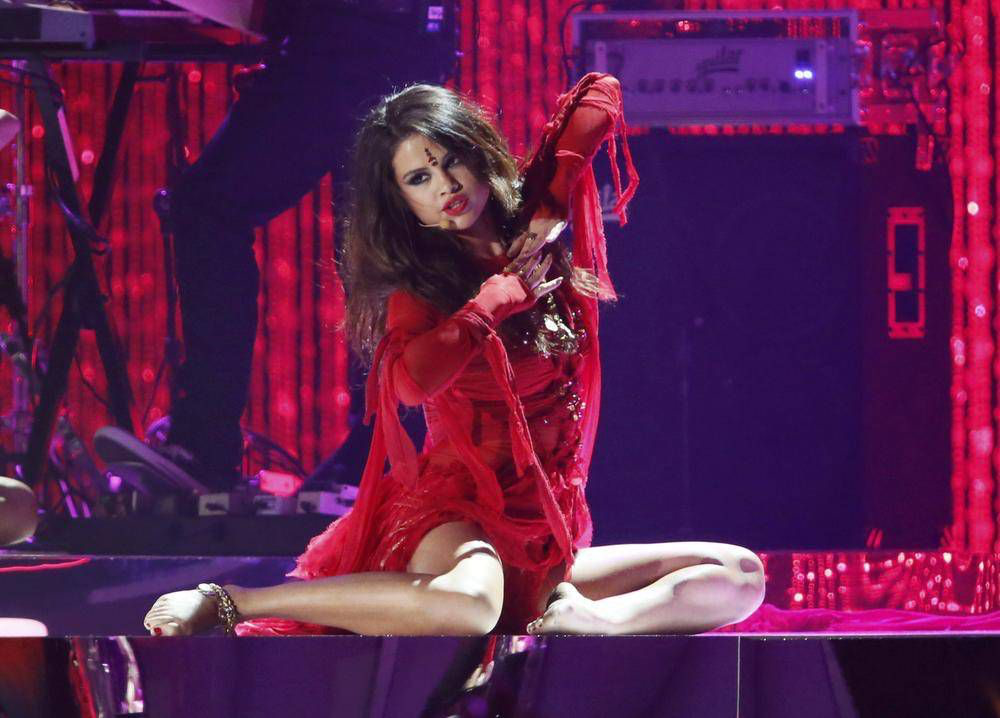 Indeed, the racialized mechanisms by which white womanhood is maintained are well-documented over at least the last century in the U.S. context. Today, these mechanisms are called “cultural appropriation.” After the events of last week I believe it is quite clear that language like “cultural appropriation” is reductive and insufficient. The processes of racialization that led to the events of March 16th cannot simply be traced to individuals (like Gomez above), but rather must be contextualized within a much larger white supremacist infrastructure that minimizes harm in order to maximize profit.

Following this recognition, the problems with the language used to describe the events of last week become clearer. First of all, the suggestion that spas are sites of sex work or that these women were sex workers so somehow deserved what happened to them reveals how massage services or other intimate body care services are coded in white society. Spas, salons, or parlors (distinct from gyms or studios), as commercial spaces where adults receive intimate care, are steeped in white cultures of gendered shame around the body. In such spaces, care is sexualized and gender+race hierarchies are reinscribed. Once one understands how much self-loathing and rage white men as well as white/white-aspiring women experience in a society that teaches them that they are weak if they require such care, it becomes clear how and why those who provide these services are simultaneously sexualized and villainized.

Second, the emphasis that law enforcement has placed on the statement provided by the perpetrator to explain his reasons reveals that the language of the state is not only insufficient, but also aligns with that of white violence writ large. As some have already noted, relying on prosecutorial rhetoric like “motive” or “intent” reinforces an individualized understanding of racism, suggesting that “hate” is a personal or emotional problem, rather than a symptom of a culture and a system. Additionally, focusing exclusively on the language (in this case the denial) of racial intent makes it possible to suggest that what someone, in this case a murderer, says, is all that matters to understand why a crime was committed. To rely exclusively on the perpetrator’s logic, often provided in some sort of written manifesto, is not unique in cases like this one which is why the utility of “hate crime” or “hate speech” legislation is so limited today. More importantly, to suggest that an empirically measurable “motive” is what really matters in a crime like this is a classic case of structural gaslighting. As I have examined in previous posts, this is exactly how white supremacy endures through white speech and finds purchase in legal recourse.

Special thanks to Aleeza Rasheed, Katherine Lee, Hyun Kyong Chang, Shzr Ee Tan, Shreena Gandhi, Radha Lath, and Travis A. Jackson for bringing these ideas into focus for me.

If you are able, please consider donating to this fund to help support the victims’ families.